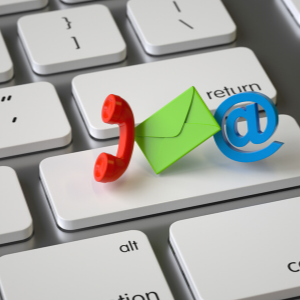 A survey by LendingTree looked at metropolitan areas with growing numbers of million-dollar homes.

A San Diego home for $1 million might seem commonplace now, but it is rare for the rest of the nation.

Just 4.71 percent of all owner-occupied homes in the United States were valued at $1 million or more, reports a new study based on 2020 U.S. Census data. In the San Diego metropolitan area, the share was nearly three times that — at 13.5 percent.

San Diego metro, which includes all of San Diego County, had the fourth highest share of $1 million-and-up homes, the study said. The No. 1 metro area was San Jose, with 52.9 percent, because of its proximity to Silicon Valley giants Apple, Google, Meta (Facebook) and others. It was followed by San Francisco at 40.4 percent; and Los Angeles with 18.5 percent.

LendingTree, a personal finance website that authored the study, included all housing types — single-family, townhouses, condos — to track how many homes were valued at or above $1 million.

The New York metro area, with its large number of condos, was the fifth-highest market in the study with 10.5 percent of homes. The study is based on percentage of homes, not total numbers. For instance, New York had more than 383,583 homes at $1 million and up — compared to 82,402 in San Diego County.

LendingTree’s survey covered some of the historic run-up in prices that began shortly after the pandemic started in spring 2020. The percentage of million-dollar homes will increase when new data comes out, but the metro rankings will likely be the same, said Jacob Channel, LendingTree chief economist.

“There is some chance an area like New York City, with Manhattan seeing so much home price growth, maybe could overtake San Diego,” he said. “But I don’t anticipate a huge shake-up in the rankings.”

Out of the 50 largest metros surveyed by LendingTree, Buffalo had the least amount of $1 million-and-up homes — 0.56 percent. Other markets near the bottom were Cleveland (0.59 percent), Pittsburgh (0.67 percent) and Columbus (0.73 percent).

California dominates much of LendingTree’s million-dollar list. Channel said there are the typically cited reasons why prices are so high — a great climate that people want to live in and a lack of home-building — but also the strong economy.

“People want to live in California for economic reasons. If you broke it off from the United States, it would be one of the richest independent nations in the entire planet,” he said. “You have enough economic and financial reasons to support people that can afford to buy million-dollar homes.”

The U.S. Census survey data is based on values of homes already purchased, and most often comes from tax assessments.

There are some signs that the home market is starting to cool under the weight of rising mortgage interest rates and affordability barriers. San Diego County’s median resale single-family home price dropped by $10,000 to $940,000 in May. It was the first time the price had gone down month-to-month in 2022.

Consider me your #1 resource for all things Real Estate! Household changing? Getting married (or divorced)? Time for a change of scenery or job relocation? Want to invest? Just send me an email or call 619-888-2117. I can help.